Adoption of the puppets 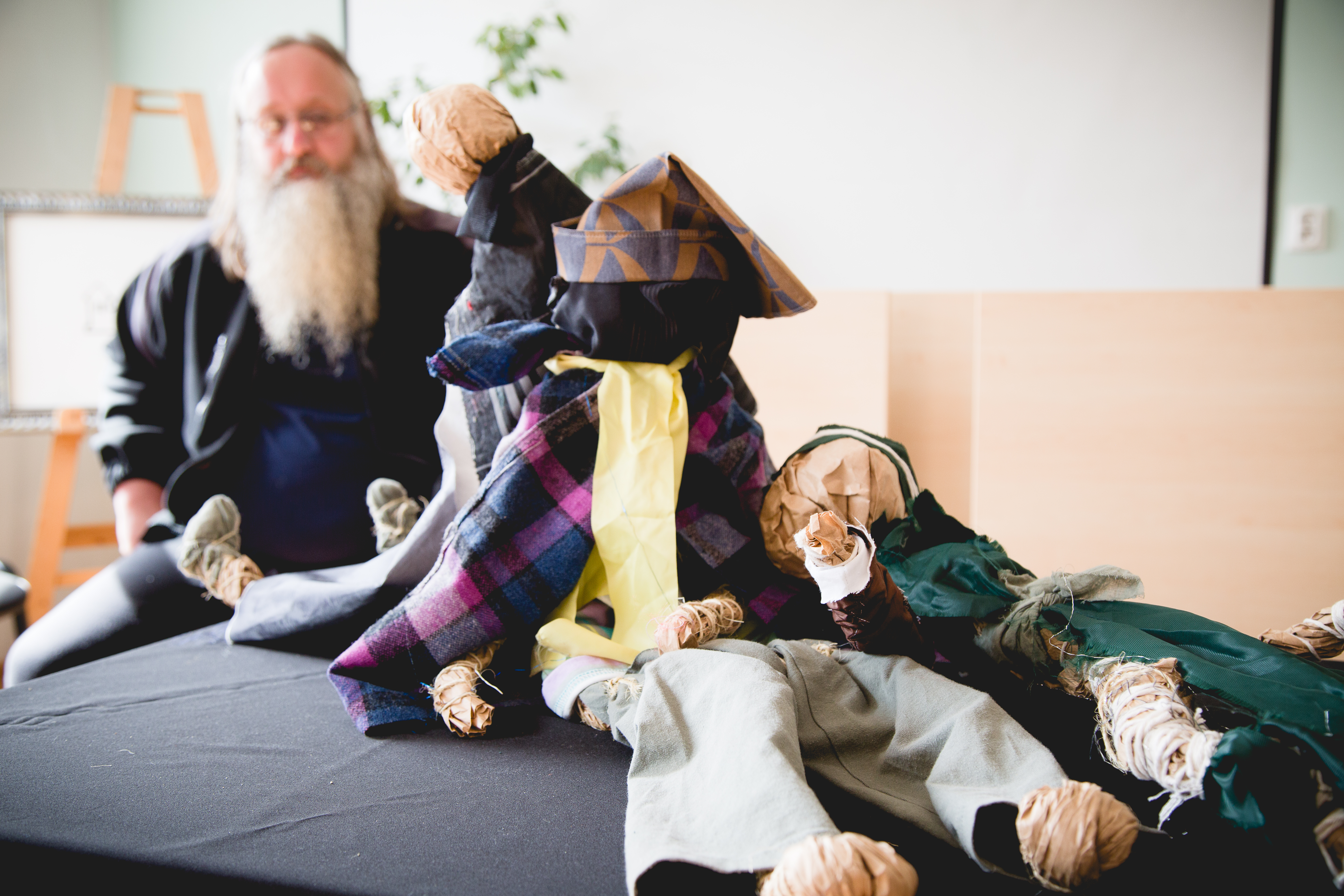 “Who are you?” – This sentence is usually crucial in the process of creating a puppet. It is asked after a creator made the puppet with his/her own hands, just before its story is told. It seems inseparably connected with the process of building a puppet, downright as a continuation of the phase of its creation. This question turns out to be extremely important in giving the identity to the puppet. It leads to determining the features of its character and appearance, to naming  the activity, that seems to be an unconscious job while the puppet is being made. An unnamed puppet appears as just paper and string. Only the answer to the question: “Who are you?” causes that the paper character begins to acquire specific features. It often happens that participants identify with their puppet, give it their appearance, subconsciously grant it with their attributes.

This time, however, the situation was a bit different. During the workshop at the Social Integration Centre half of the group was replaced by new people. They joined the workshop when all the puppets were ready, their identities were given, and their stories told. It would be a pity, we leaders thought, to waste time for new puppets to be made by the newcomers. So we decided on a kind of experiment and suggested to the newcomers ADOPTION of the puppets made by previous participants. New persons, agreed to it, quite willingly, which pleased us. Without much hesitation, each person chose the right puppet for themselves.

They seemed satisfied with their choices. However, just requesting the new participants to ask their puppets: WHO ARE YOU? was enough to destroy this apparent calm. In an instant, all new participants began to change the puppets, transform them and adapt them to their liking and likeness. This question made the participants felt the urge to adapt the puppets to their needs. As a result completely new puppets, new relationships and new stories were created.

It was a very exciting moment for me in the workshops. It showed me how fast a bond can be formed, also in adapted relations. It was enough to concentrate on the puppet with mindfulness, to open to a direct relationship with it, so that the process of building the relationship could begin anew. 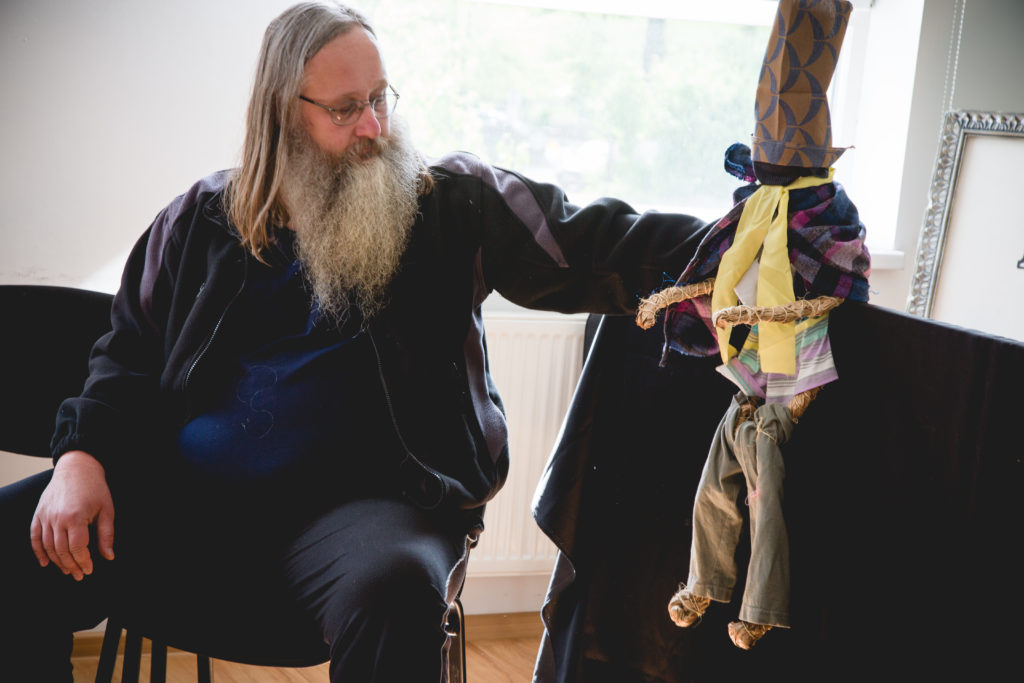 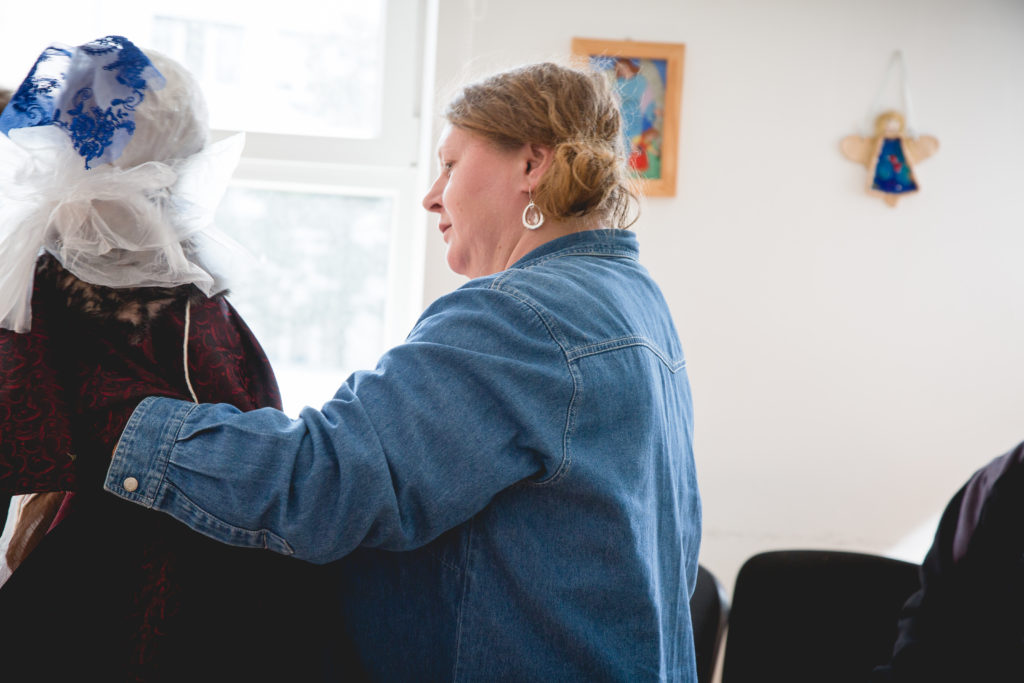 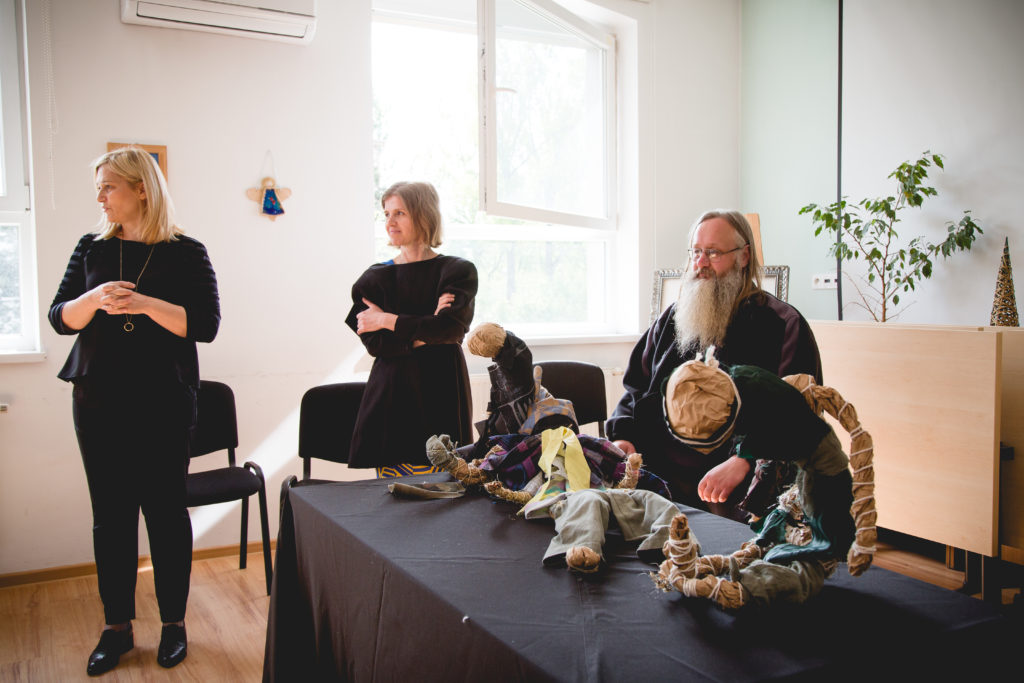 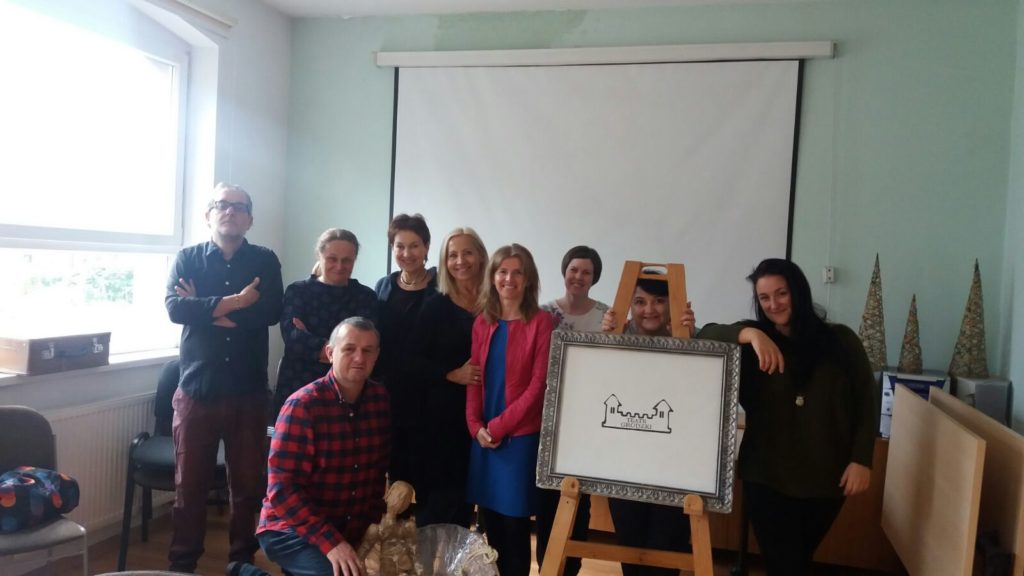